The 18th Conference of the International Association for Ladakh Studies (IALS) will be jointly organized by the Board of Polish Academy of Sciences, Humboldt University, and the Nicolaus Copernicus University in Torun, Poland. It will be held at the Bedlewo Conference Centre near Poznan, Poland from Tuesday, 2nd to Saturday 6th May 2017. 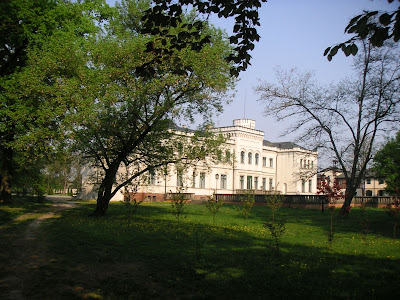 The conference theme will focus broadly on Current Western Himalayan Research with the aim of gathering together senior and independent researchers, postgraduate students, and practitioners from across all academic disciplines. Whilst emphasis will be placed upon Ladakh-oriented research, we wish also to encourage research focusing upon the wider Himalayan belt to include the neighbouring high-altitude areas of Jammu and Kashmir, Himachal Pradesh, and Uttarakhand. The conference will have a multidisciplinary character as is the tradition and trademark of IALS colloquia. The Call for Papers will be open from August until mid-November, and decisions will be made by mid-January.

The proposed conference fee will include accommodation, all meals and refreshments, and an excursion to the nearby palace and gardens. Bedlewo Conference Centre is equipped with all modern facilities: single, double and triple rooms with private baths, and we even offer a sauna, small gym, billiards and table tennis for enthusiasts of evening sports. Maybe for the first time we can make some sporting competitions among Himalayan researchers!

We look forward to welcoming you next May.

For further information and the latest updates, please visit the International Association for Ladakh Studies Webpage: http://www.ladakhstudies.org/.
Posted by John Bray at 25.5.16 No comments:


Dear Friends, on the behalf of the International Steering Committee I am very pleased to announce the 4th International Conference on Sustainable Development, September 2016 in Rome:

In the previous 2 conference (2014 and 2015) three papers regarding Ladakh were presented and published or reported on the European Journal of Sustainable Development.  Moreover several other scientists from India were present. Thus the Conference is a good opportunity for other scientists and for researchers from Ladakh to present their works.

The Call for Papers abstract submission has been extended to Wednesday, 26th May 2016. Please look at the webpage for further details.

The ICSD 2016 is organized by the European Center of Sustainable Development. It will will be held at the Roma Eventi, Piazza della Pilotta, 4 Rome, from Friday 16 to Saturday 17 September, 2016
Posted by Unknown at 15.5.16 1 comment: 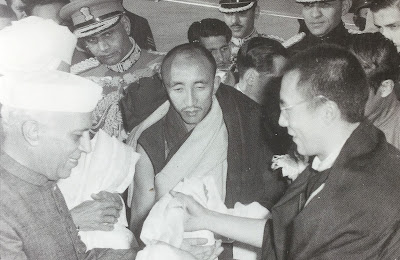 The Indian Council for Cultural Relations is sponsoring a conference on the 19th Kushok Bakula Rinpoche, to be held in Leh, Ladakh, from 26-28 October 2016. The conference organisers welcome proposals for papers on any aspect of Kushok Bakula’s life and career. Accommodation in Leh will be provided for paper presenters travelling from outside Ladakh. In some cases, it may also be possible to provide domestic and international transport expenses.

Padma Bhushan Kushok Bakula Rinpoche, a saint and scholar from Ladakh,  remained pre-eminent in the life and affairs of Ladakh for over a half century—a half century marked by great social and political changes. More than any other man, he influenced events and public opinion through his religious, cultural, educational and political leadership. He was the 19th incarnation of Arhat Bakula holding the highest degree in Buddhist metaphysics. Until 1947 his life was that of a Buddhist monk mainly occupied by religious studies and spiritual and monastic affairs. But with the coming of independence and the tragic aftermath of the Pakistani attack  on the region in 1947-48, isolated Ladakh and its peace-loving people were drawn into the vortex of history, and Kushok Bakula felt impelled to extend his influence beyond the  religious field. At the urging of Pandit Jawaharlal Nehru, the first Prime Minister of India, he played an active part in public life and emerged as the undisputed political, religious and social leader of the Ladakhi people.  He was a Buddhist leader of international repute and represented India on many international forums. In 1986 in recognition to his services to the nation, the President of India conferred the prestigious Padma Bhushan award on him. He passed away on 4th November 2004.

For further information, please write to Nawang Tsering Shakspo, Academic Coordinator, at sntsering52@gmail.com. The deadline for paper proposals is 31 July 2016.