A pre-conference workshop on “Research in Ladakh: Sharing experiences and research method” for youths and those interested in research was organised by the International Association for Ladakh Studies (IALS) in collaboration with Government Degree College, Kargil on 26th October, 2014. Around 50 people, including students from Government Degree College, Kargil and members of IALS participated in the workshop, which was in preparation for the 17th IALS conference in Kargil in 2015.

The workshop began with a welcome speech by Amjad Ali, senior assistant professor at Government Degree College, Kargil. This was followed by an introductory presentation by Sonam Wangchok, secretary, IALS, who spoke about the objectives of IALS and gave an overview of the conference. Kargil district administration was represented by ADC Moses Kunzang. In his opening address, he said, “I was interested in research but did not have many opportunities to pursue it. This is an opportunity for students and new researchers to grasp the opportunity provided by IALS and learn how to conduct research.”
The workshop was divided in two sessions. In the first session, Sonam Wangchok spoke about research methodology and methods followed by a talk by Sunetro Ghosal, editor of IALS’ journal Ladakh Studies, on research methodology and ethics. In the second session, senior researchers from Leh and Kargil shared their research experiences and encouraged youths to explore their interest in research and Ladakh Studies. This included talks by Abdul Ghani Sheik, Kacho Mumtaz Ali Khan, Tashi Morup, Tashi Dawa Tsangspa, Ajaz Hussain Munshi, Tsewang Rigzin and Amjad Ali. Each talk was followed by an interactive session, between the participants and the speaker.

A meeting of IALS members took place after the workshop, where it was decided that a meeting would be held in Kargil after the Muhharam to finalise the date and venue for the conference and also form the organising committee for 17th IALS conference in Kargil. For more information about IALS and its activities, please log onto www.ladakhstudies.org
Sonam Wangchok 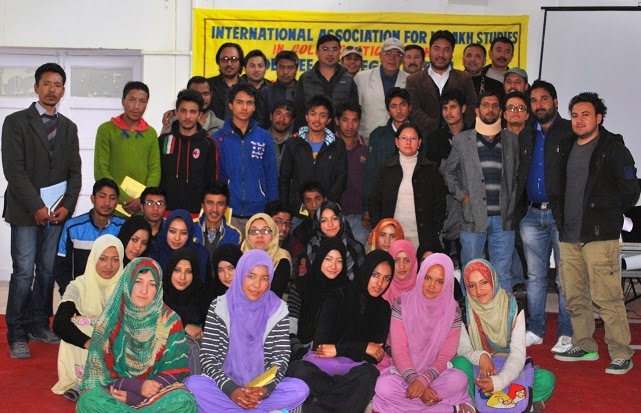