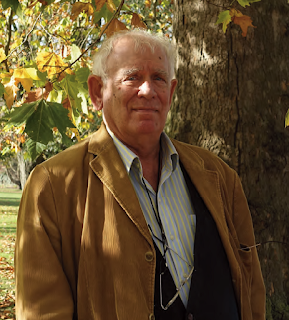 Photograph from Tibetan and Himalayan Healing. An Anthology for Anthony Aris


Anthony Aris, who passed away on 14 October, made two distinctive contributions to Tibetan and Himalayan studies.

The first contribution came in his capacity as the founder of Serindia Publications which, over the last thirty years, has become renowned for its beautifully produced volumes on a range of topics in our field. Titles of special interest to Ladakh scholars include Roger Goepper’s Alchi: Ladakh’s Hidden Buddhist Sanctuary (1996). Among the many other Serindia volumes, the most notable include Samten Karmay’s The Secret Visions of the Fifth Dalai Lama (1998) and Tibetan Medical Paintings (1992), which displays as many as 8,400 individual images and inscriptions on 77 thangkas. All these publications reflect Anthony’s care, attention to detail and personal enthusiasm.

His second contribution is less tangible, more personal and perhaps more important. Anthony was richly endowed with the gift of friendship. Often mischievous but never malicious, Anthony loved the good things of life—above all good people and good company. His presence was in itself a source of warmth and encouragement.

Anthony’s first introduction to the Himalayan region came through his twin brother Michael, who in the 1960s became the tutor to the future King of Bhutan, and was later well-known both as a scholar of Tibet and Bhutan and as the endlessly supportive husband of Burmese leader Aung San Suu Kyi. Near-identical in appearance, the two brothers differed in character. To outward appearances, Michael often seemed serious, even austere. Anthony, on the other hand, came across as much more relaxed, a spontaneous bon viveur, but with deep personal integrity.

After Michael’s death from cancer in 1999, Anthony  helped set up the Michael Aris Fund for Tibetan and Himalayan Studies in his memory. The Fund’s contributions include an endowment for a lectureship in Tibetan and Himalayan Studies at Oxford University. The Fund also helped sponsor the 2001 IALS conference  at Mansfield College in Oxford, and we are grateful to him for that support.

Last year, Anthony was himself diagnosed with cancer. When news of his illness became known, Charles Ramble and Ulrike Roesler—the first two scholars to hold the Oxford lectureship—organised a felicitation volume Tibetan and Himalayan Healing. An Anthology for Anthony Aris (Kathmandu: Vajra, 2015).  The hope was that the project would itself serve as a source of encouragement and healing for Anthony. The book was launched in March on Anthony’s birthday. It runs to 762 pages, with 60 articles including at least four on Ladakh. The authors’ enthusiastic and rapid response testifies to the breadth and depth of their esteem for Anthony.


Anthony is survived by his wife Marie-Laure, two children, grandchildren and the widest circle of friends.